On his first day in Bogotá, Professor Martin Kilduff took time out of his busy schedule to talk to us about his research and what he will be doing here at the School of Management. He shares his ideas about social networks, organizations and the individuals in them and tells us about his academic background and the importance of his work for society as a whole.

Martin Kilduff has received several grants. Among them, one from the Economic and Social Research Council (Co-Pl. with Prof. Ammon Salter) and two from the European Office of Aerospace Research and Development (EOARD).

I was getting a Master’s in Business Administration and I became very interested in organisational Behaviour. But at that point, my academic training had been in Literature, so I had had no social science classes whatsoever. At the same time, I thought, I prefer to teach this subject than to study it. So I went from the MBA program to the PhD program at Cornell University, and I never did become a manager. In the MBA, I started to focus on statistics because all my training had been in literary analysis and that was not good prep for the quantitative research I wanted to do, so I took as many quantitative courses as I could and by the time I got to Cornell, at least I had some understanding of what I would do.

Well it gives you a great deal of freedom. If I think about what we know about interesting work, you have: autonomy, variety, feedback, doing something of significance for the world, and seeing work through from the beginning to the end. So these are the five characteristics of interesting work that we teach our students. An academic career rates very highly on all of those. So I can choose my own hours; I get quick feedback from teaching; and in terms of research, it takes a little longer but visits like this to Los Andes, give you a sense of how your research is coming on as well. The most satisfying thing is being in charge of your own career, so you are like an entrepreneur; very much involved in your successes as well as your failures. So you are not just coasting along through stages determined by someone else and you can move, as I have done, I have moved countries; I started my career in France and back to the US and now I am in the UK and with visits to other places. So you are very much in charge of your own life and that is satisfying.

Because my background had very much to do with literature, I was determined to learn something new. Social networks is highly quantitative but it’s related to graph theory, which is geometry. That appealed to me because it is spatial. Unlike other quantitative social science areas, here the individual is still retained in these graphs. The individuals would be the nodes and then the lines connecting the nodes are the relationships between those individuals, relationships of friendship or acquaintanceship or advice. So you are representing social groups in an anthropological way and, at the same time, you are able to carry out quantitative analyses of those groups.

If I want to think about the research contribution and then its applicability to society. In terms of network research and network understanding, at least until I came along and started doing my research, it reduced the individual to an empty phenomenon, in that individuals were not important in network understanding. So life was controlled by influences in the network. The network may be highly centralised or it may be core-periphery: you may be in the core or in the periphery. So irrespective of anything you might want to do, your fate is determined. Your success or failure is controlled by forces beyond your understanding because these network structures are not really intelligible or perceptible. So what I contributed is to say that there are individual influences; for example, there are individual personalities and so the kind of structure you find yourself in is not arbitrary: Some people find themselves more central some less; some in more open networks, while others find themselves in a closed network, which tend to be very reassuring. But these structures are driven by the sort of person you are. So this is part of the research I do. You have to look at the network influences in two different ways: individuals contribute to the structuring of the network and the network also contributes to the outcomes of the individual. It is a two-way traffic and this was not well understood.

My teaching philosophy is to encourage students to be active participants in their own education. Rather than just feeding them, I like to give them different and stimulating ideas to challenge them to continue to educate themselves even after they have left the classroom.

I remember once, I ran across some saying in the Parsee religion, where Zarathustra said that the one mortal sin that will send you to hell is if you are boring. So I remember telling a class of undergraduates, that the one mortal sin that afflicts professors is that they bore their students and that our mortal souls are at risk here according to Zarathustra. So some student put it up on a rate your professor site: This is what Professor Kilduff said. So it’s a dangerous thing to say, but he at least was interested.

Host professor, Eric Quintane tells us about why Professor Kilduff is visiting the School of Management:

I first came across Martin’s writings when I started my PhD at the University of Melbourne in Australia. Unlike most of the other articles written on the topic of social network analysis, which tend to be quite technical, Martin was asking key questions such as, is there a theory of social network analysis? And if yes what are the core ideas and principles of that theory? I followed his work over time and notably his progress in developing our understanding the role of the individual in social network analysis. Martin and I are currently engaged in a research project, together with Camila Umaña for the University of Los Andes and Jung Lee from University College London, in which we attempt to uncover the relationship between the process of engaging in social brokerage activities and the experience of exhaustion.

While the overall purpose of Martin’s visit is to share and learn from each other (well probably more me from him than the opposite) there are some more specific objectives. Such as organizing a research symposium on social network analysis around his visit, during which Martin gave one of the key note speeches. We also organized one on one meetings between Martin and professors and students of the School of Management, to share research and receive feedback. We also organized a workshop attended by about 15 professors in which Martin used his experience as a very successful academic but also as the editor (or associate editor) of two of the best journals in our field in order to understand how to write and publish theory. Finally, Martin and I were able to talk and advance our common work.

Martin is one of the most globally renowned management scholars focusing on Organisational Networks, so the School stands to gain visibility through his visit. Also, because Martin has been very successful with publishing and held editorial positions at AMR and ASQ, his knowledge and experience with the publication process is invaluable. Further, his visit enabled us to organize the symposium which gathered students and professors interested in social network analysis across the university (engineering, psychology, management, economics, education…) but also from other universities in Bogota, in Colombia and even internationally. Finally, we hope that the experience that he had in Colombia and at the University of Los Andes means that he will recommend the School to other visitors or potential candidates for our open positions. 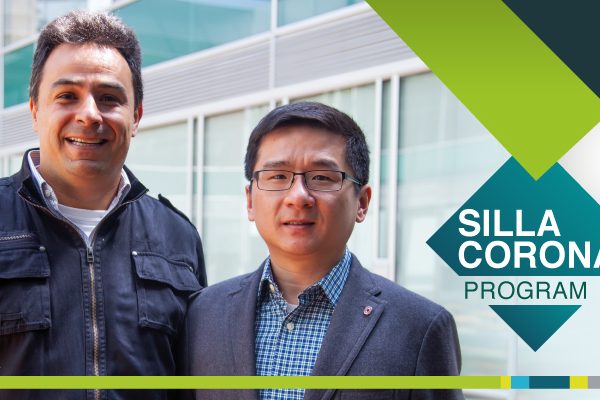 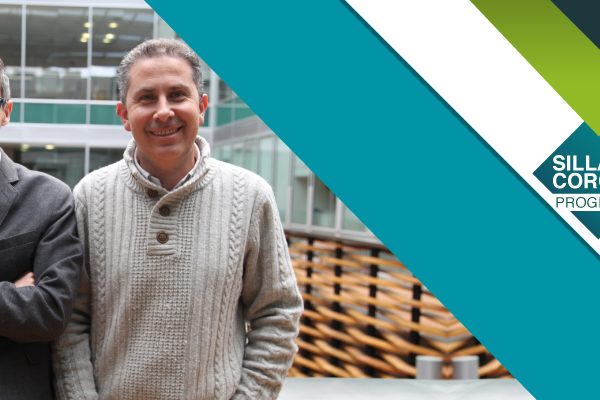 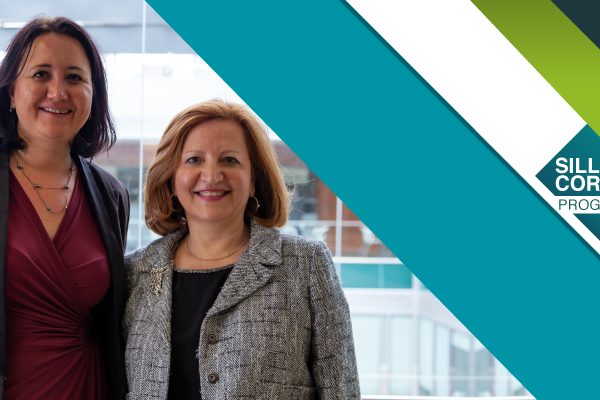 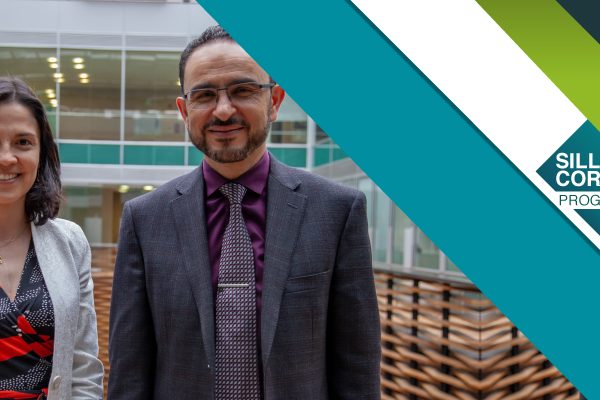 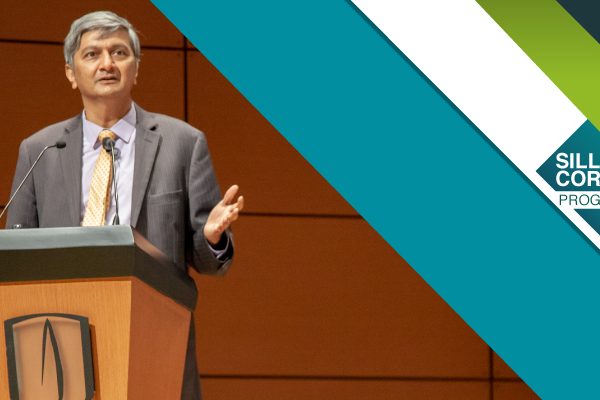 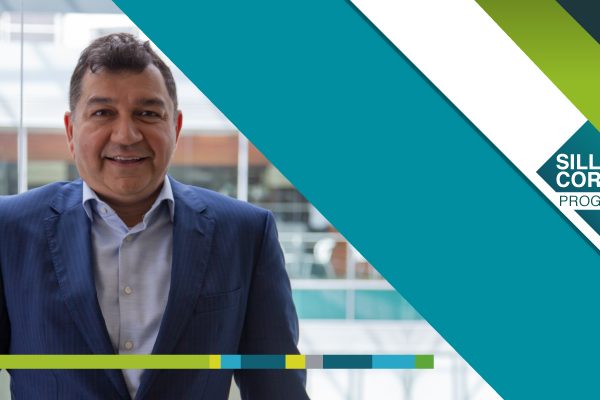